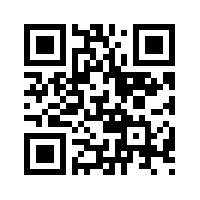 I have been a developer for the past 25 plus years with a focus on the operational infrastructure side which has given me a unique insight into the challenges of DevOps roles that I have been involved with. I have focused on looking outside the box for solutions and expanding my knowledge on a continual basis. I have worked with small startups and large operations, though my wish is to join a emergent team that is seeking new and innovative DevOps solutions where my experience can be a benefit as well as continually grow and be challenged.

Originally brought in to augment and manage the primarily remote DevOps team. We had several goals to streamline the developer experience as well as improve production reliability.

We successfully containerized the legacy applications which consisted of many legacy microservices. This resulted a number of benefits to both the company and to the engineering teams as a whole. Docker was introduced as a local build environment greatly increasing parity between the local development environments, QA and production. We worked closely with the engineering teams to move the code base towards a fully automated CI/CD Pipeline.

We moved from a reactive monitoring environment to a proactive stance, allowing us to detect and resolve issues before they became impactful. We also refactored and streamlined the infrastructure to be fully represented by Infrastructure as Code.

AWS suite with a focus on ECS and other tools required by the effort. AWS, docker, go, python, terrafom, jenkins, Drone.io, grafana, et.al.

Created near production parity with local and remote development environments

I was primarily responsible for bringing DevOps technologies to the company. Integrating monitoring/logging with the legacy and new products. We built out a fully automated CI/CD Pipelines to provide a tighter deployment cycle to the dev team and QA.

I was also responsible for maintaining the high availability, daily operation of the various legacy products.

Unfortunately, it was a company decision to close out the NYC engineering office, so my tenure ended before much more could be accomplished.

Introduced Deis as a deployment tool

I'm responsible for investigating new technologies and tools, and introducing them to the devops and development teams. Helping to maintain an agile environment and continually improving product quality and work efficiency through CI and Deployment.

AWS, CloudFormation, Opsworks, the various AWS pipelines with a focus on ECS, as well as the general DevOps requirements of python/ruby/chef/puppet et.al.

Introduced Convox as a deployment tool

I was responsible for providing full stack development and devops support for this startup. Initial tasks and challenges were to refactor the original code base and infrastructure into a more scaleable and enterprise service. Other initial challenges included integrating dynamic asset delivery via CDN, Social Media integration, geolocation, creating a low impact on-demand data mining environment and migration to an API based backend.

Other responsibilities included providing agile and rapid development for project enhancements on the backend as well as front end markup and development, infrastructure management and mastering, and general maintenance.

Honestly Now was a small Manhattan startup Q&A platform helping people make better personal decisions by asking friends and pros for honest feedback. I joined the team to help migrate their code base and infrastructure to a more scaleable environment. I worked closely with the offshore development team to augment the front end javascript development. The last project I worked on was prototype development of a cross platform APP utilizing the HonestlyNow API.

My time at Columbia was split between two different team projects. The first team was directly responsible for aggregation, integration and mining of the vast amount of data produced in the university hospital. The second team was an internal startup that was providing educational resources to the active student and active staff body.

For the first team, I was tasked with developing internal infrastructure capable of supporting big data warehousing utilizing open source solutions. We developed reliable methodology for realtime ingest of big data in realtime as well as developing and providing realtime mining tools for the data subscribers. We also developed a methodology for correlating clinical trial data with our data warehouse. Some of the more interesting challenges were to do with bringing the data feeds and mining outputs into HIPAA compliance in a realtime fashion.

For the second team, I worked closely with the distance learning group to create both a viable and scalable backend that could store, index, and serve HD video in a pay-for-play environment as well as a variety of documents. I worked to develop a front end solution that provided in depth searching of the video close caption content as well as a variety of other data sources and publications in the form of PDF, DOC, and others. Also developed a course creation and presentation module, that allowed creation of a syllabus, course materials, and testing.

On demand transcoding of raw video to HTML5 compatible formats

Autoindexing and search to seek for the HTML5 player

This was a video startup company creating a turnkey video/dvd creation product. I architected and developed lost cost/low impact video transcoding modules and created a video transcoding software as a service platform for embedding into website software such as wordpress, joomla and others.

In 2006, Micronets was rebranded to Vidavee during this time. I continued development with the video as a service platform and systems support. They were expanded to include support and development for the mainline product as well. During this time I created the Alpha version of the Vidavee Video as a service platform, this grew from a proof of concept to offered product focusing on wordpress as a CMS and the alpha as a delivery platform which was adopted by various outward facing Fox News blogs and eventually Wordpress.com itself.

2008 saw Vidavee acquired by Vignette. After internal reorganization, I was a member of the systems team providing support for the Vidavee Video Platform, now owned by Vignette. I was also involved with research and development of new and emerging video technologies, evaluating their impact and integration into our platform. Examples of this are, automating both the Darwin Streaming Server from Apple, and Microsoft's Silverlight technologies. I continued to work closely with the sales team to develop prototypes to augment sales as well as providing development into integration of the vidavee platform into the Vignette technologies.

2009 saw Vignette acquired by OpenText. I augmented the systems team providing continued management and support of the technology infrastructure for the Vidavee Video Platform, now owned by OpenText. My role in research and development was less however I still was involved with prototype development for the sales group. I continued to do development to the backend transcoding to provide the best video delivery for the continuing improvement of device technology.

Created a linux distro for above project Cowboy Linux